Why is SaaS growing at a greater rate than ever before? 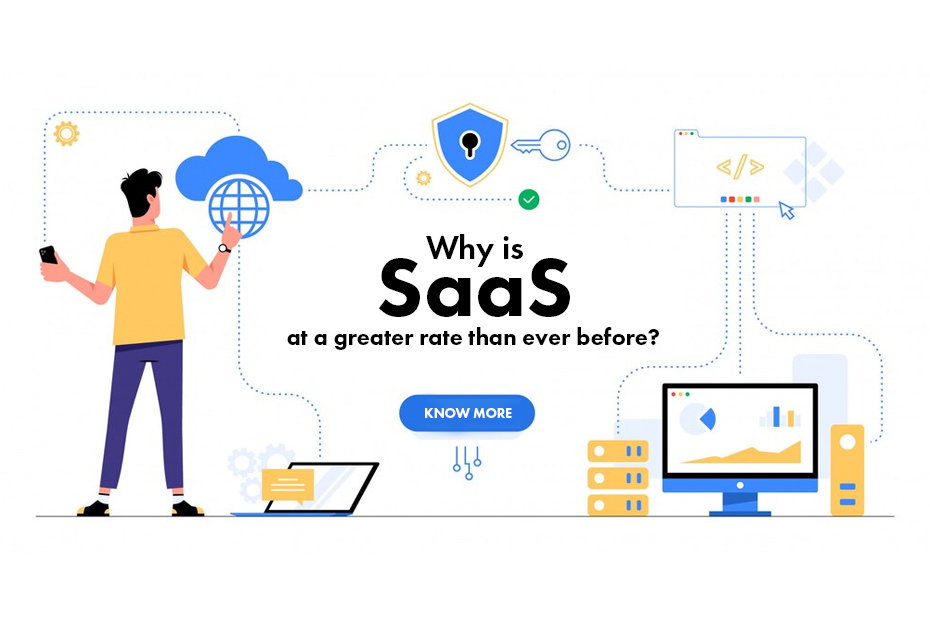 SaaS solutions are one of the fastest-growing segments of the IT industry. The software as a service (SaaS) model, which operates on a subscription basis and is centralised on a remote cloud network, is gaining popularity among many organisations for a variety of reasons, including flexibility and affordability, which is driving the Worldwide SAAS Market growth.

According to SkyQuest Technology’s most recent study, the Global SAAS Market was estimated to be worth 143.77 billion in 2021 and is predicted to reach USD 720.44 billion by 2028, with a CAGR of 25.89% between 2022 and 2028. Cledara, a software management platform that provides businesses with improved control and visibility into their SaaS subscriptions, has secured $20 million in a Series A round of investment. Cledara, founded in London in 2018, aims to assist businesses of all sizes in dealing with the so-called SaaS sprawl, with some enterprises subscribing to as many as 200 unique online services via the browser.

SaaS (Software as a Service) has risen to prominence as the world’s most popular software delivery paradigm, and it shows no signs of abating. But what is it about SaaS and Cloud Computing that makes them such a winning combination?

The advent of SaaS

When the notion of on-demand software first debuted on the market in the early 2000s, there were many worries about data security, latency, and uptime. Was this new strategy as trustworthy as operating your own licensed software locally? And who was in charge of data in transit?

However, once the dust had settled and adoption rates increased, it became clear that it was always here to stay. The commercial benefits outgrew concerns across most industries, except for those subject to highly regulated constraints. And as the model matured, so did the usage.

The Advantages of SaaS and Why It Is Growing

Let’s look at the main reasons why this model has grown in popularity and why it will continue to develop.

When compared to conventional software, the typical SaaS user may reap several financial benefits. An affordable, predictable monthly fee covers all aspects of service delivery, including hosting, support, upgrades, and more. The cheap prices are due to the service provider’s ability to share hardware, testing, and delivery expenses among a broad customer base.

The ability to swiftly scale consumption up and down without having to worry about spinning up additional servers or increasing storage is a significant benefit for a growing firm. Scalability not only plays an important role in a company’s strategic planning, but it may also provide a competitive edge. In an ever-changing economy, it enables firms to rapidly grow – and decline.

Perhaps the most essential advantage is the ease with which it can be adopted, delivered, and used. Because the program is given online, the company does not have to bother about installing, upgrading, or supporting the application; the user may just access it from any place using a web browser. In many situations, this implies that no in-house IT function is required to manage the program, which helps to keep the business streamlined.

Another factor for SaaS’s popularity is the development of flexible working. The easier it is for a company to offer workers the chance to work remotely, the more likely they are to do so. But it’s not just about employee convenience. It’s flexibility may also result in several company savings, such as a reduction in the number of permanent office workstations and servers. When individuals can access their mission-critical apps from their laptops, phones, and tablets, the entire idea of “office work” transforms into a virtual corporate environment.

They are frequently distributed over many data center sites that copy the data and provide full redundancy in the event that one of them fails. They offer regular data backups, the most recent security methods, and uptime service level agreements. Furthermore, because data confidentiality is an increasing concern, most cloud data centers now enable complete data isolation to meet tight data privacy standards. While security has long been a barrier to its adoption, this is changing as technology evolves to meet more stringent standards and requirements.

Most modern firms want to operate with a suite of programs that do not need on-site backups, storage, and server rooms.

They would rather not have to worry about keeping their data safe in the event of an office fire or flood. The possibility to remove such issue is provided by this.

Is SaaS without risk?

Of course, this does not mean that it comes without dangers and obstacles. Unauthorized access is a serious issue, and hackers may target organisations, preventing them from accessing essential systems online. However, the providers are continually upgrading their security protocols, and people are becoming more conscious of the need of keeping their devices safe and closed.

One thing is certain: It will continue to expand.

Today, it’s investment is fast expanding, as is the number of SaaS apps and seats used by enterprises. With more than 600 apps on average per organisation, the cost and maintenance of the company-wide constellation might soon spiral out of control.

Gaining access to these programmes is often simple for employees. No IT department is required for the registration, which only requires an email address and a credit card to purchase and expense the application. This causes issues for IT professionals who are attempting to manage SaaS vendor licences and optimise their systems.

Companies are attempting to be as efficient as possible, with remote working environments put up essentially overnight. SaaS has been shown to improve department and team efficiency. However, SaaS has the potential to cause mayhem as IT personnel get disconnected from consumers who fell for the ‘quick and easy’ attraction of SaaS.

For these and other reasons, as the industry’s use of SaaS grows, it’s critical for IT teams to be able to identify all apps working in a given environment. Companies will purchase a certain number of licenses for each of the apps when contracts are finalized. Employees who decentralize purchasing SaaS apps risk unwittingly boosting business spending by underutilizing licenses that have already been paid for.